The train rattled past the purple cabbage farms that lined the tracks as it made its way towards Sherganj. Between the towns of Sherganj and Mansard lay a small village called Pukri. Pukri was known for its purple cabbages. Apart from that, it was just like any other village. Small thatched roofs dotted its criss crossing dirt tracks. It didn’t have any roads. People traveled everywhere by foot. There was one trail in particular that wound around the Sewri creek and led into the woods. No one knew where the trail ended. No one had dared to find out.

Manu wondered what lay beyond the winding trail as he made his way to school. He had been told it led to a haunted mansion. He trudged along, thinking about the homework he had done last night. He hoped his teacher would like it.

“Care to explain what this is all about?” spat Ramprasad. Manu cowered behind his desk as he looked over the menacing form of his teacher. Ramprasad was a strict man who had little tolerance for children like Manu. His gaunt features turned gaunter as his paan stained lips stretched into a toothy grin. Manu hated that grin. It often spelt trouble. “Children in our days were obedient. When the elders said something had to be done, it had to be done. There were no questions or explanations. When we were told to work, we worked. When we were told to sleep, we slept. And when we were told to study, we studied,” said Ramprasad waggling a finger at Manu’s painting. “If I remember correctly, I told you to write an essay about the national bird, not paint it. Now what part of that did you not understand?” sneered Ramprasad. “Put out your hand!” he bellowed spraying red paan all over Manu’s face. Reluctantly, Manu raised a small hand and waited for the blows. They hurt more than they ever had. Ramprasad smacked the ruler on Manu’s knuckles till they turned red. “There. That should teach you not to disobey rules.”

“I’m home!” announced Manu as he pushed open the door of his hut. “Go help your father in the shed!” came his mother’s reply. Sighing, Manu ran to the shed behind the house. The shed housed thirty buffaloes. To Manu, all of them looked the same. Big, fat and black. “Start on the cakes,” said his father emerging from within. The cakes were flat pancakes made of buffalo dung. They helped light the stove and when plastered to the walls, kept the hut cool in summers.

Manu made his way to the back and started rolling out small balls from the dung. “I should be out in the woods, having fun” he thought as he flattened them into pancakes. He collected a few pancakes and made his way to his fort. His ‘fort’ was an old run down cottage in the woods. It was hidden from view by the broad-leaved Palmyra trees that grew all around it. A flight of stairs led to the roof of the cottage.  Close to the cottage, was a small teepee like shack built of dung cakes.It was Manu’s favorite place. It was his safety spot. He would hide there for hours and hours when he sensed danger lurking around the fort.

“Yes! It’s complete!” yelled Manu as he placed two pancakes over the roof of the incomplete shack. But his joy was short-lived as he saw a foot flying towards his shack. Like a slow motion scene, he watched his safety shack crumble to dust. “I told you to make piles, not igloos!” yelled Manu’s father. “Do you even know the value of this dung? And you chose to waste it on this useless piece of architecture?” said his father twisting Manu’s ear. “Now go to your room and study!”

That night Manu lay on his bed thinking about the events of the day. Lifting himself up, he walked to his window and emptied his glass of milk outside till it formed a white puddle on the ground. It was only a few minutes before he heard a slurping sound.

“Tibbles,” Manu said climbing out of his window as he saw a kitten lapping greedily at the milk. He lowered himself and sat cross-legged beside Tibbles. Tibbles was the closest thing Manu had ever had. She was far better than the grown ups in his life. She did not complain, merely listened and licked her paws. Life was easy when you were a cat. No one complained if you left muddy footprints, no one cared if you failed your grade; no one bothered you if you did whatever you felt like.

Manu wished he could be more like Tibbles. She did not have to please anyone. Nor did she have to study. She did not care about grown ups and their stupid ways or about feeling lonely. Yes, Manu was heartbroken. He was lonely. He wished he had someone to play with. Someone who would be more like him. Someone who hated grown ups as much as he did. “I wish I had a playmate, you know,” he said scratching the back of Tibbles’ ears. But Tibbles did not respond. She had fallen asleep.

Sighing, Manu rubbed his eyes and he looked into the bushes. He was sure he had seen some movement. “Who is it?” he asked sleepily. The bushes parted and out stepped a boy.

The ambulance with its sirens blaring, rushed past the road and the other four wheelers making its way to the hospital. Instinctively, I closed my eyes and wished for the good health of the suffering soul locked in that vehicle. This practice brought back memories of my tenth grade teacher, who would halt her class every time we heard an ambulance passing by. With her head bowed and eyes closed, she would pray for the health of those suffering in the ambulance. “It is a way by which we can hope to add a few hours or maybe even a few days to that person’s life,” she would say. A remarkable lady, she is someone I will never forget.

The next day arrived and I had to go for my math class. As luck would have it, the route to the class was blocked by the remains of a withered building and a long queue of automobiles. Compelled to take a cab, I rushed to the other side of the road. My eyes inspected the long line searching for an empty one.

The cab moved at snail’s pace. The driver, probably oblivious to the haste of his passenger, drove with ease. There was no way escaping this, and I knew I would be late. Resigning myself to fate, I slumped in my seat and plugged in my head phones.

I smiled as a wave of nostalgia swept over me a when I passed by a magnificent stone building. My old school. I laughed at the memory of staining our pink little frocks when we played in the mud as toddlers. It had been two years since I had entered this grand institution and I missed it dearly. That building held a lot of memories locked within those twelve years I had spent there.

I missed the smell of the wet earth as it wafted towards the gate as the gardener watered the exotic plants. I missed those lunch time brawls and the swings and the slides. I missed counting numbers, dissecting tiny animals, mixing chemicals and weighing objects on the sensitive weighing pans. Most of all, I missed the teachers.

My eyes brimmed with tears and I looked over to the other side of the road. Voila! I saw my tenth grade teacher walking down the slope, with bag and books in hand. Pulling out a wad of notes, I stuffed a couple into the cab driver’s hand and rushed out of the cab almost tripping over in my haste. I couldn’t believe it! I was happy beyond measure.

Her eyes shone with recognition as I pulled her into a bone crushing hug and squealed with delight.

Exchanging pleasantries, we proceeded to talk about school and it’s on goings. I listened with rapt attention, as I clung on to every last detail. She spoke about the new teachers who couldn’t spell for peanuts, her students who gave her a hard time everyday with their raucous behavior and the kind old principal.

I was so absorbed in the conversation that I barely noticed when her expression changed. Her face had turned grave and her eyes watered with emotion as she spoke about the hardships she had faced the previous year. Her daughter in Australia had met with an accident and the doctors had said that the pain in her calf would stay forever unless operated upon.

My teacher had rushed to Australia and had gotten her daughter’s surgery done. Sighing with relief, she had made her way out of the hospital when she got a phone call. “Your son met with a bike accident. He has a broken jaw and multiple injuries,” the caller said.

Hurrying back to India, she rushed to her son’s side as he lay in the operation theatre. All the while, her head was bowed. “Grace my son with good health, oh Lord,” she prayed.

Soon after, school reopened and she had to return. She was astonished on open house day as every parent came forward and inquired about her children’s health and offered their prayers. She hadn’t expected this and was overwhelmed.

Weeks later, her son recovered, and she got a call from her daughter saying that she was alright and was able to walk again.

“He works in wondrous ways,” she said pointing heavenward.  She pulled out a chocolate from her purse and handed it to me. “Keep it,” she said as I opened my mouth to protest. It was her way of showing love. Showering me with her blessings, she walked away and continued her journey home.

I stood there stunned, unable to process my surroundings. It had been an amazing encounter and I felt something changing. Something felt different.

I wasn’t so sure about being an atheist anymore. 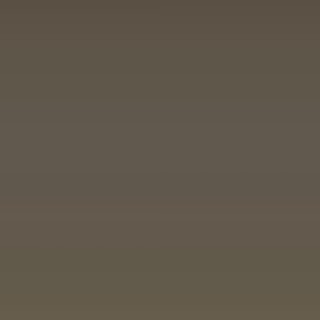